The Okanagan Symphony Youth Orchestra (OSYO) began as the Youth Symphony of the Okanagan in 1988, founded by renowned composer, Imant Raminsh. Under the current direction of co-conductors, Dennis Colpitts and Rosemary Thomson, the OSYO is now in its 33rd season.

The goal of the OSYO is to provide a rigorous orchestral education for music students throughout the Okanagan. Students aged nine through 20 are welcomed from all over the valley. Typically, the program consists of weekly rehearsals between September and May, with an overnight rehearsal camp weekend in the fall, two performance weekends, and a side-by-side experience with the Okanagan Symphony Orchestra. Additional programs are available to students in performance and composition.

In honour of the OSYO’s founder, the Imant Raminsh Scholarship was established in 2013 to be awarded annually to a graduating student who is pursuing music at the post-secondary level. Information regarding the scholarship is available each spring.

The OSYO is generously sponsored by:

The Mentorship Fund was established in 2019 by June Nicolay in honour of the passing of her husband Dietz Nicolay to support student bursaries, sectionals, and specialized activities of the OSYO.

The OSYO Chair Sponsorship Program personalizes your youth orchestra experience and brings a new perspective to the music you love.

Registration fees do not fully cover the operating costs associated with the youth orchestra program. Your additional support ensures that valley music students get a rigorous orchestral education.

A resident of Coldstream, BC, Imant Raminsh’s influence as a musician, composer and conductor cannot be understated.

Imant held the position of Principal Second Violin with the OSO from 1977 to 2016. He is the founding conductor of the Prince George Symphony, the Youth Symphony of the Okanagan, NOVA Children’s Choir, and AURA Chamber Choir. His compositions have been performed on six continents by such ensembles as the Vancouver, Edmonton, Hamilton, Toronto, Okanagan, Nova Scotia, and New Brunswick Symphonies, the Vancouver Chamber Choir, the Tafelmusik Baroque Chamber Choir, the Tokyo Philharmonic Chamber Choir, the Stockholm Chamber Choir, the Finnish Radio Chamber Choir, Ave Sol (Latvian Chamber Choir), and many others. His music has been heard in such world-renowned halls as Carnegie Hall (New York), Tchaikovsky Hall (Moscow), the Orpheum (Vancouver), Canterbury Cathedral, Westminster Abbey, Notre Dame (Paris) and Santa Maria del’Fiore (Florence).

Raminsh has also pursued studies in geology and biology and worked for many summers as a naturalist/interpreter in BC provincial parks.

In 2019 Imant Raminsh was appointed to the Order of Canada. 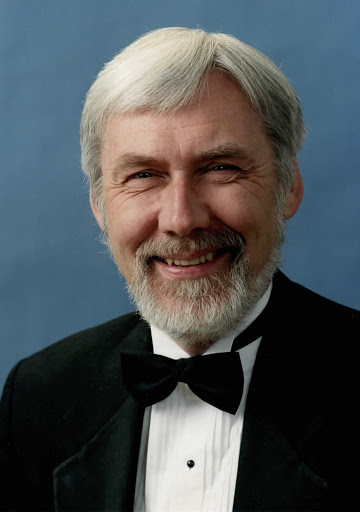 A graduate from the UBC Department of Music (1976), Dennis Colpitts has taught music in the Lower Mainland and Okanagan at all levels of the school system. His blended major of trumpet, voice and conducting have enabled him to participate in a wide variety of musical opportunities including the Vancouver Cantata Singers, the Phoenix Chamber Choir, the Okanagan Festival Singers and the Okanagan Symphony Orchestra. He conducted the Kelowna City Concert Band from 1992 to 2000 and led the orchestra of Trinity Baptist Church from 1998 to 2008. Mr. Colpitts has been second chair in the horn section of the Okanagan Symphony Orchestra since 2002 and plays trumpet in the OSO Brass Quintet (aka Fish On Five) and the Michael Garding Big Band. In 2011 Mr. Colpitts retired from 34 years of teaching and returned as conductor of the Kelowna City Concert Band. He also conducts the OSO Wind Ensemble for the UBC Okanagan’s convocation ceremonies each year, co-conducts the Okanagan Symphony Youth Orchestra with Rosemary Thomson and has been a guest conductor of the Okanagan Symphony Orchestra for concerts including Michael Burgess, Natalie McMaster, the grand opening of the Sparkling Hill Resort and most recently the OSO Christmas program in 2015. Mr. Colpitts is a frequently requested Teacher On Call. Each year he plays the “Last Post” on an authentic World War I bugle for Kelowna’s Remembrance Day Ceremony. 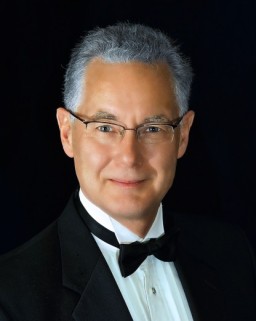